This Is The Best Way To Improve Your Quality Of Sleep! 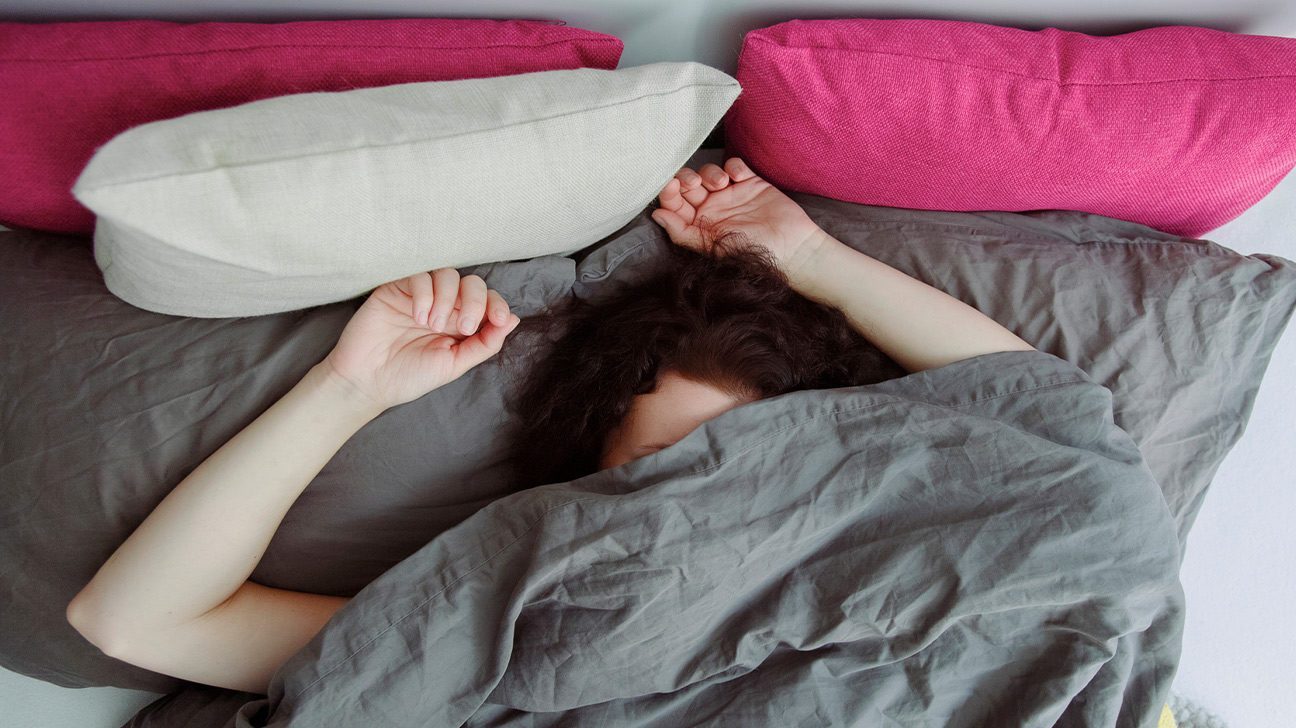 The increased use of technology, electronic devices and social media resulted in sleep deprivation for many people in the United States.

Everyone should know that sleep is one of the most cleansing habits for human health and sleeping less to achieve more or engage in technology does not come without consequences.

Lack of sleep will result in an increased risk of obesity, type 2 diabetes and cravings. This also increases the hunger hormone, ghrelin and decreases the satiety hormone, leptin which leads people to make more impulsive food choices that are more likely to be high glycemic foods. Sleep deprivation is also associated with neurological health, pointing to sleep as one of the most important lifestyle habits for memory, optimal mood, and even a decreased risk of neurodegenerative diseases.

It’s difficult for many people to get restorative sleep for a minimum of seven to nine hours per night. By establishing a routine with sleeping, eating, and exposure to daylight, you can increase alignment with your circadian rhythm, which is your internal body clock that regulates sleep and wake cycles. Your internal clock determines when your body will produce various hormones, increase blood pressure, increase insulin secretion, lower body temperature and more.

You may follow these steps to ensure that you are in alignment with the optimal circadian rhythm and help optimize your quality and duration of sleep at night.

Unwinding before bed can look like stretching, meditating, reading, praying or even having sex. Try to make this a part of your nighttime routine at least 30 minutes before bed. Consumer Reports surveyed almost 9,000 people who reported having few sleep difficulties. In addition to going to bed and waking up at a set time, they were also more likely to unwind for 30 minutes before going to sleep and engage in sex before bed. For optimal relaxation, it’s best to avoid all electronic devices before bed including computers, phones, and television. Electronic devices emit blue light which acts as a stimulant and can interfere with restorative sleep.

It’s important to align your sleep with the schedule of the sun—sleeping during darkness. This helps your body align to your natural body clock or circadian rhythm. There are a few things that are known:

Exposure to daylight during the daytime helps to improve alertness and reset our clocks and that includes blue light. Melanopsin is a blue light sensor that suppresses sleep and improves mood and it’s stimulated by exposure to blue light. People need approximately one hour of bright light exposure to suppress melatonin which then can interfere with sleep.

According to a 2011 survey from the Sleep Foundation, 90% of participants used some kind of electronic devices within 60 minutes of bedtime.

Approximately eight in 10 adults reported watching television a few times per week within one hour of going to bed. Researchers have established that avoiding blue light from television and cell phones is critical for aligning our circadian clock with the day-night cycle. When it is nearing bedtime, it’s important to shut off the devices. For optimal results, get a real alarm clock and avoid bringing your phone into the bedroom.

Less light in the evening is best—that means turning lights to dim and avoiding bright lights.

It’s best to get in the habit of going to bed and waking up at the same time each day to help your body program itself on the hours it should be sleeping and the hours that it should be awake. This is not always an easy recommendation but it does come with many sleep payoffs.

Drink hot tea before bed—preferably one that can help you wind down like Nighty Night Tea which includes passionflower, chamomile, spearmint, lemon peel, and other ingredients that help calm the nervous system or SleepyTime tea which also includes chamomile and spearmint in addition to other soothing herbs.

Consider the use of the Adaptogen, Ashwagandha. This is an Ayurvedic herb that has demonstrated the ability to lower cortisol levels and reduce chronic stress and anxiety. Ashwagandha may also protect against neurodegenerative diseases and has been associated in research with improved memory. An animal study also showed that Ashwagandha can improve insomnia and increase levels of restorative sleep.

Supplement with Magnesium at night. Magnesium is one of the most common nutrient deficiencies in the American diet. Try taking Magnesium Glycinate in the evening for a higher level of absorption. If you struggle with constipation then try adding Magnesium Citrate.

Consider the use of a melatonin supplement. Melatonin is an established hormone that helps regulate sleep-wake cycles but the proposed mechanism was not understood until recently. Researchers from the University of Missouri School of Medicine just discovered the proposed mechanism in a recent animal trial. Identified single receptor, MT1, as the mechanism via which melatonin acts to inhibit the specific orexin neurons that wake you up.

Snack on Tryptophan-rich foods. This is an essential amino acid that the body cannot produce on its own. Tryptophan is used to aid in the production of serotonin which is converted to melatonin. A small tryptophan-rich snack may include a handful of nuts, hard-boiled egg, organic turkey slices, or organic turkey jerky.

Different genetic profiles will determine if the body does better with activity in the morning or the evening. Generally speaking, the mid-afternoon is when athletic performance potential peaks. Research on the circadian clock demonstrates that the body’s natural schedule is based on the following:

While there are differences in genetics, many individuals will reach their greatest muscle and cardiovascular strength in the late afternoon. The other benefit of exercising in the afternoon is that physical activity helps promote the movement of glucose transporters to the surface of cells which makes the cells more sensitive to insulin and more likely to pick up glucose from the bloodstream. This allows glucose to be used for energy. As the day goes on our insulin sensitivity is reduced. Working out in the afternoon can help stimulate more insulin sensitivity.

Aside from sleeping, one of the important considerations includes the foods that you are eating for breakfast, how to create the best breakfast, habits around coffee and whether you incorporate intermittent fasting in your routine.